From the “recycle me and use me up” department, former Beatle Sir Paul McCartney has once again railed against EMI for the failure so far to offer music by the legendary band for sale and download via iTunes and other digital music services.

“To tell you the truth I don’t actually understand how it’s got so crazy,” Sir Paul told Newsbeat. “I know iTunes would like to do it, so one day it’s going to happen.” END_OF_DOCUMENT_TOKEN_TO_BE_REPLACED

Following the Air App introduction yesterday, yet more iPhone action from France – this time hit making DJ and producer, David Guetta, has introduced a new interactive musical iPhone app- the difference here being use of the hot new MXP4 technology.

This is an interesting App for iPhone and iPod touch users. It brings location-aware technology, Twitter feeds, MXP4-powered remixable music and more.

The App can do so much: END_OF_DOCUMENT_TOKEN_TO_BE_REPLACED 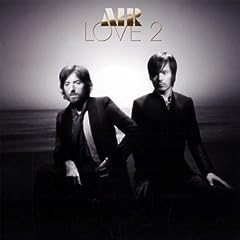 Air-heads can choose from five different “soundscapes,” and then use the App to transform the musical experience in real-time by sampling and processing ambient sounds, their own voice and more into Air’s own music. Users can also record their own messages or performances with the application in order to share their own unique Air-based musical muses with others.

END_OF_DOCUMENT_TOKEN_TO_BE_REPLACED

EMI may soon offer fans live recordings of gigs they attend as they walk out the door of the show, with the company today introducing Abbey Road Live, a new live music recording and instant production service.

Recordings will be made available in range of formats including CD, DVD and digital devices or via secure digital delivery to home computers or mobile handsets

Mixed and mastered on site by a dedicated crew of experts, the recordings will be made available in a range of formats including CD, DVD and USBs or via secure digital delivery to home computers or mobile handsets as streams or downloads.

END_OF_DOCUMENT_TOKEN_TO_BE_REPLACED

On November 3rd 2009 Gentle Giant will be digitally releasing seven of their best-known albums and tracks in digital form for the very first time via their own Alucard label through EMI Music’s Label Services unit.

The progressive rock band, which was active from 1970 through 1980, was made up of multi-instrumentalists, and aimed to expand the frontiers of contemporary popular music at the risk of becoming very unpopular.

END_OF_DOCUMENT_TOKEN_TO_BE_REPLACED

Maintaining its digital strategy, major label EMI has made a series of improvements to its music fan-focused website and released a second free Coldplay application for iPhone and iPod touch

END_OF_DOCUMENT_TOKEN_TO_BE_REPLACED

Apple’s forthcoming iTunes 9 upgrade’s already being touted as the best thing since sliced bread, with reports promising support for Blu-ray, and built in capability to output the music you’re playing to iLike and Last.FM.

Apple’s also meant to be working on Cocktail, a new album format in which music fans don’t just get the music, but also gain access to video, images and all sorts of interactive elements; a radical reinvention of the album format, possibly within an App. But the record labels don’t want Apple to have all the fun, and are developing their own similar mixed musical drink, conceivably to offer this to other digital music operators.

END_OF_DOCUMENT_TOKEN_TO_BE_REPLACED

Hmm – this is somewhat unexpected – EMI’s digital chief, Second Life co-founder, Cory Ondrejka, is to leave the label, scant weeks since being promoted to the company’s top position as top digital exec at EMI, EVP of digital marketing.

“Thanks EMI for great year and a half, time to return to entrepreneurial roots, last day 21 Aug.,” Ondrejka tweeted.

It’s strange timing, particularly as only a few weeks ago he and EMI announced eight hires and promotions in digital marketing. Ondrejka held high responsibility over EMI’s growing digital strategy, with big initiatives widely expected to emerge from the label.

END_OF_DOCUMENT_TOKEN_TO_BE_REPLACED

Spotify continues to attract attention, with whispers that the service may be gearing up to compete with iTunes gaining a little more credibility on news the major amd indie music labels own a slice of the service’s action.

Sony BMG, Universal Music, Warner Music, EMI and Merlin (the body which represents Europe’s independent labels all own shares in Spotify, shares the company offered the labels for an aggregate €8.8 million – presumably as part of the negotiation to secure permission to stream their music online.

Together, the labels own 18 per cent of Spotify. Sony BMG took the lion’s share, now owning 5.8 per cent of the service.

END_OF_DOCUMENT_TOKEN_TO_BE_REPLACED

’, his first collection of new music in eight years, via EMI Label Services.

The EP will be distributed to digital retailers in the US this week, marking the 9th year anniversary of Forté’s arrest on charges of drug trafficking. The first single from the EP, “Play My Cards for Me,” is available as a free download at www.johnforte.com.