The 10 billionth iTunes track has been downloaded following a two-week countdown. Just last month, Apple’s app store surpassed three billion downloads. (OK, we had expected Apple to cross the 10 billion target at the end of 2009, we’re a few weeks off, sorry about that).

That’s interesting when you consider it took Apple between April 28 2003 and January 10, 2007 to sell the first two billion. 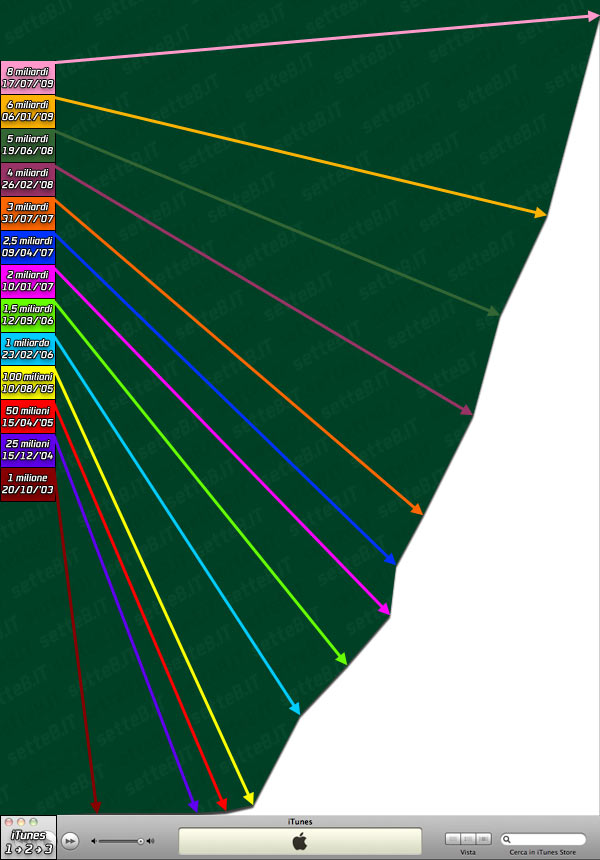